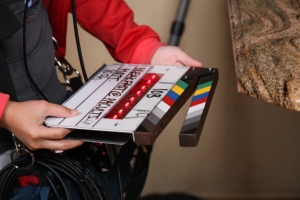 When I chose to pursue documentary film making, I knew I wasn’t going to have it easy. Especially coming from a traditional Asian culture where parents dream for their kids to become doctors and lawyers. An environment where I was often told not to spend so much of my time on art because “maths and science is more important”. A place where uncles and aunts frown in skepticism upon hearing my dreams because such careers “have no future”. And a country where locally produced content has played second fiddle to the supposedly better content from overseas for years.

I’ve heard the testimonials. “If your goal is to get rich, then film making isn’t the path you should take.”  I’ve heard the warnings. “How’re you going to put food on the table?” I’ve heard the attempts to persuade me to try something else. “Earn a stable income with a proper job first. You can always use your extra funds to do whatever you like later!”

But i stand by what Jacqueline Novogratz says in her book, The Blue Sweater:

“I argued that you had to start early, understand how change happens, and build relationships and credibility over a long period… I had to be who I was, not someone else until I made enough money to come home to myself.”

Yep, I’m stubborn. And I’m paying the price. I’m sitting here as a recent grad from one of the best colleges in the country, and I am struggling to make ends meet. I thought that I’d just have to work really hard, impress my bosses, and everything would take care of itself. I succeeded with the working hard. My bosses love me and want me to carry on working with them. It’s the getting paid part that isn’t quite happening.

So what do you do then? What happens when you love what you do, and love the mission and values that your content represents, but it won’t pay the rent? If this is what I’m facing here in America, the birthplace of cinema, what will my future hold when I return to Singapore, where the film industry is still in its infancy?

Well, I’ve been told that to predict the future, you’ve gotta create it. It’s a scary and unpredictable road ahead, but I fear not, for I’m blessed to have the support of family and friends. A few bumps on the road ain’t gonna stop me now. Positive social change through film can happen in Singapore. I’ll make it work, somehow.

And when I need a little dose of inspiration, I take in the words of Singapore’s pioneers in film and hope to speak among them one day. Will I have your support?